NOTE! This site uses cookies and similar technologies. By clicking I UNDERSTAND you are agreeing to the use of cookies on this site. I Understand
Print This Product
Spec Sheet 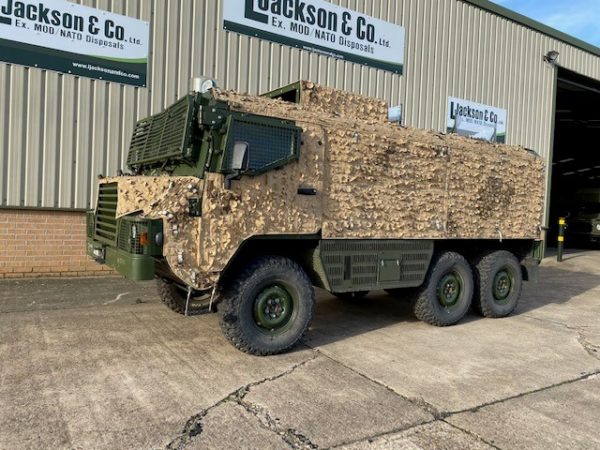 The armoured floor offers greater blast and roll over protection

All vehicles are in a right-hand drive configuration with the vehicle commander normally occupying the left seat. Transparent armour windows are provided for forward and side observation with driver and commander being provided with a forward opening door.

The troop compartment is at the rear and normally consists of four people who can rapidly enter and leave the vehicle via two doors in the rear of the vehicle. The seats are fitted with 4 point harness seat belts. Additional seating in the rear could be fitted if required

Each of these doors is provided with a vision block to provide observation over the rear of the vehicle. There are also two large hatches in the roof which will allow two of the crew to have good all round observation.

A searchlight is mounted on the forward part of the roof which is controlled from within the vehicle. 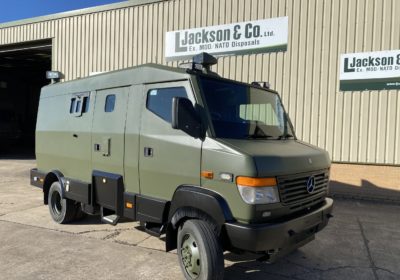 Ref: 50546
Armoured Mercedes Vario 818D Ambulance Direct from the UK military we have a choice of vehicles available which have been well maintained and operated as convoy protection vehicles Fitted with 1x stretcher and crew seating to operate as a battlefield ambulance 6 Speed Manual Transmission .. read more
Qty Available: 8 £ POA Request a quote More Info 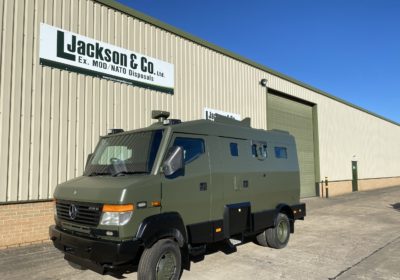 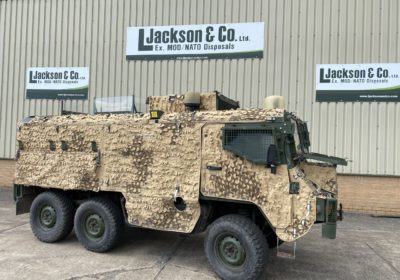